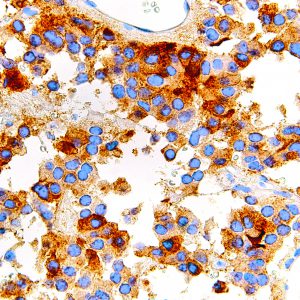 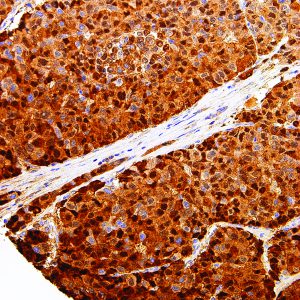 Arginase-1, encoded by the ARG1 gene, is a cytosolic metalloenzyme expressed predominantly in hepatocytes which plays a key role in the urea cycle by catalyzing the hydrolysis of arginine to ornithine and urea. Argininemia is an inherited autosomal recessive disorder characterized by a buildup of arginine and ammonia in the blood. Anti-Arginase-1 is highly specific for hepatocytes, and is therefore a sensitive and specific marker of benign and malignant hepatic tumors. 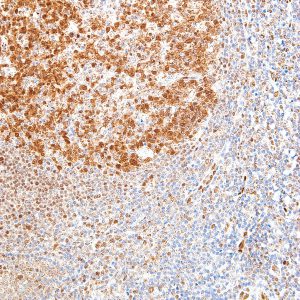 LMO2, also known as LIM-Only transcription factor 2, RBTN2, or TTG2, is an oncoprotein that is expressed in normal germinal center B-cells, as well as bone marrow hematopoietic precursors and endothelial cells. LMO2 plays a role in angiogenesis and hematopoesis, and its expression has been detected in erythroid and myeloid precursors, megakaryocytes, and also in lymphoblastic and acute myeloid leukemias. LMO2 protein expression has been noted in diffuse large B-cell lymphoma, the most common adult non-Hodgkin lymphoma, as well as follicular lymphoma, a neoplasm derived from germinal center B-cells that accounts for a number of cases of non-Hodgkin lymphomas. 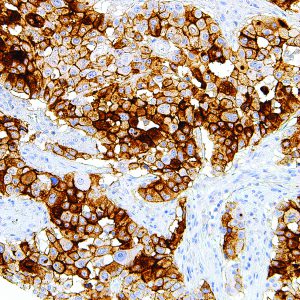 Annexin A1 (ANXA1) is a membrane protein that plays a role in innate and adaptive immunity by controlling the biosynthesis of inflammation, prostaglandins, and leukotriene mediators. This target is overexpressed in 97% of all samples from patients with with hairy cell leukemia, and is absent in other B-cell lymphomas. High ANXA1 expression is frequently associated with advanced stage esophageal and esophagogastric junction adenocarcinoma, and is also linked to advanced and metastatic disease states.